Stephen is a barrister at 1 Pump Court Chambers.  He practices primarily in criminal law, with a focus on criminal appeals, and particularly Criminal Cases Review Commission (“CCRC”) applications. 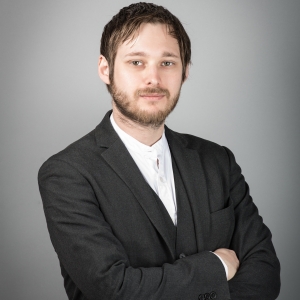 Stephen accepts instructions both through solicitors and directly from the public.   In appropriate cases he is also able to conduct litigation (progressing a case through the courts), and so can deal with the entirety of cases without a solicitor also being instructed.  This has the benefit for clients of having only a single point of contact, and of reducing costs in privately funded cases.  It is particularly helpful for serving prisoners, who want to instruct a barrister on a direct access basis, and who may not have the capacity to conduct litigation on their own.

Stephen is experienced in making applications to the CCRC in complex cases, mostly involving murder and manslaughter convictions.  He is instructed in a wide range of work, from applications based on fresh evidence to challenges arising out of the changes to joint enterprise law in R v Jogee.  He is also regularly involved in judicial review work, including decisions by the CCRC not to refer cases to the Court of Appeal.

Stephen is supported by a team of expert clerks with decades of experience of dealing with criminal appeals cases.  In appropriate cases he also works with other barristers to ensure that you get the service that you need.

Stephen comes at the law from an understanding that the criminal justice system is not fit for purpose.  Defendants are railroaded through a system which so often appears to have more regard for efficiency than justice: dealing with cases swiftly takes the place of dealing with cases justly.  No justice system in this society can claim to be perfect, and there will always be cases which fall through the cracks, and miscarriages of justice are the result.  Defendants of course are not the only ones who lose out in such a system.  When miscarriages of justice arise victims are denied justice, and society as a whole is placed at risk.  This understanding of the failures of the system drives Stephen’s passion to fight for justice for every client.

Past Successes and Current Clients

Re M (a minor) [2019] Criminal Cases Review Commission.  Stephen successfully obtained the referral of a child’s conviction for sexual offences back to the Crown Court

R (on the application of AM) v Chief Constable of Greater Manchester Police [2018] Administrative Court. Stephen was instructed on a challenge to a police force’s refusal to provide post-conviction disclosure to AM, following the case of Nunn.  Judicial review proceedings were filed, resulting in the police force backing down and agreeing to provide all disclosure that was sought.

R v AA [2018] Court of Appeal (Criminal Division).  Successful appeal against sentence in a rape case where time spent awaiting extradition had not been credited against sentence.  The CPS did not oppose the grounds of appeal.

R v EM [2018] Criminal Cases Review Commission.  Stephen was instructed to advise on and respond to a negative Provisional Statement of Reasons from the CCRC in a case of rape allegedly committed when EM was a youth. EM had been advised against appealing after the youth court trial, and therefore lost his automatic right of appeal. Stephen identified a series of new arguments which are now before the CCRC, including demonstrating that the initial negative advice was based on a negligent misinterpretation of the law.

R v AA [2017] Criminal Cases Review Commission.  Stephen is currently advising a client convicted of taking a leading role in a gang-based  stabbing in London.  The case was based on intercepts of telephone calls from prison, and involved allegations of improper conduct by a member of the jury. The case remains under further investigation by AA’s solicitors.

R (on the application of Michael Luvaglio) v Criminal Cases Review Commission [2017] QBD (Admin).  Stephen represented Michael Luvaglio in the High Court in his ongoing attempts to overturn his conviction for the One-Armed Bandit Murder.  Mr Luvaglio challenged by way of judicial review the refusal by the Criminal Cases Review Commission to refer his case to the Court of Appeal.

R (on the application of MA) v Criminal Cases Review Commission [2017] Court of Appeal (Civil Division) Stephen was instructed on a direct access basis in a judicial review of the CCRC’s consideration of alleged juror bias in a murder case.  As a qualified litigator Stephen was able to assist MA by taking over the litigation of his case whilst MA was in prison.

R v EC [2016] Criminal Cases Review Commission.  Preparation of an application to the Criminal Cases Review Commission for a review of a historic joint enterprise manslaughter conviction.  The application followed the judgment of the Supreme Court in Jogee and required further submissions based on R v Johnson.  Stephen subsequently represented JENGbA (Joint Enterprise Not Guilty by Association) as an intervener in the deportation proceedings against the Home Secretary which took place whilst the CCRC application was still pending.

R v X [2015] Criminal Cases Review Commission. Pro bono case with the London Innocence Project pending before the CCRC, involving a historic conviction for murder. The original application was refused along with further representations. A pre-action protocol letter and grounds for judicial review led the CCRC to reconsider its position and agree to properly investigate the allegation of a miscarriage of justice in the case.